Grey is the new black: when 4 women in fashion embrace their natural salt and pepper hair

By Julieta Rosibel
Posted April 6, 2018
In Fashion
Grey is the new black: when 4 women in fashion embrace their natural salt and pepper hair2018-04-062019-01-05https://julietarosibel.com/wp-content/uploads/2018/05/julieta-rosibel-logo-final-couleur.jpgJulieta Rosibelhttps://julietarosibel.com/wp-content/uploads/2018/05/julieta-rosibel-logo-final-couleur.jpg200px200px
1

Stylish, we are all in our thirties and have chosen to embrace our natural hair. More and more women are proudly letting their hair go grey, breaking the traditional fashion and beauty standards that make a tight connection between beauty and youth.

Between pastel colours and looks cleverly called “galaxy” or “unicorn“, silver hair has become one of the trendiest styles in recent years, among teenagers and young adults. However, like any trend, grey colour will dissipate to make room for others. Indeed, dyeing your hair grey is just another passing cool trend that looks good as opposed to committing to your nature.

What about women who want to age naturally? A few months ago, Chrissy Teigen made waves on Twitter when she celebrated her new white hair and incited her fans to do the same. Yes, many famous actresses wear their white mane: Helen Mirren, Glenn Close, Jamie Lee Curtis and Diane Keaton, to name a few. Although, I find them all beautiful, the representation of women going grey is still associated with aging.

To dye or not to dye, that’s the question!

Imagine finding your first white hair at the age of 15! I thought for a long time that I was unique. However, I have encountered a few other women who chose to forgo dyeing their hair and are all from fashion, an image-based industry. So, I introduce you to three women, besides myself, who have decided to fully display their so-called salt and pepper hair.

Melissa St-Arnauld, freelancer photographer
“I’ve had white hair since I was 14 years old. It has never been a problem with the perception of my beauty. The reason I used to dye them was simply because I loved the very dark hair look. Around the age of 30, I started to get a little tired of this look and tried several times to let them grow in their natural colour. Every time, it proved to be a failure because I hated to see the transition and the idea of ​​shaving my head did not please me that much! It’s in 2018 that I really made the decision: don’t care about the transition! Go short hair and let them grow beautifully! ” 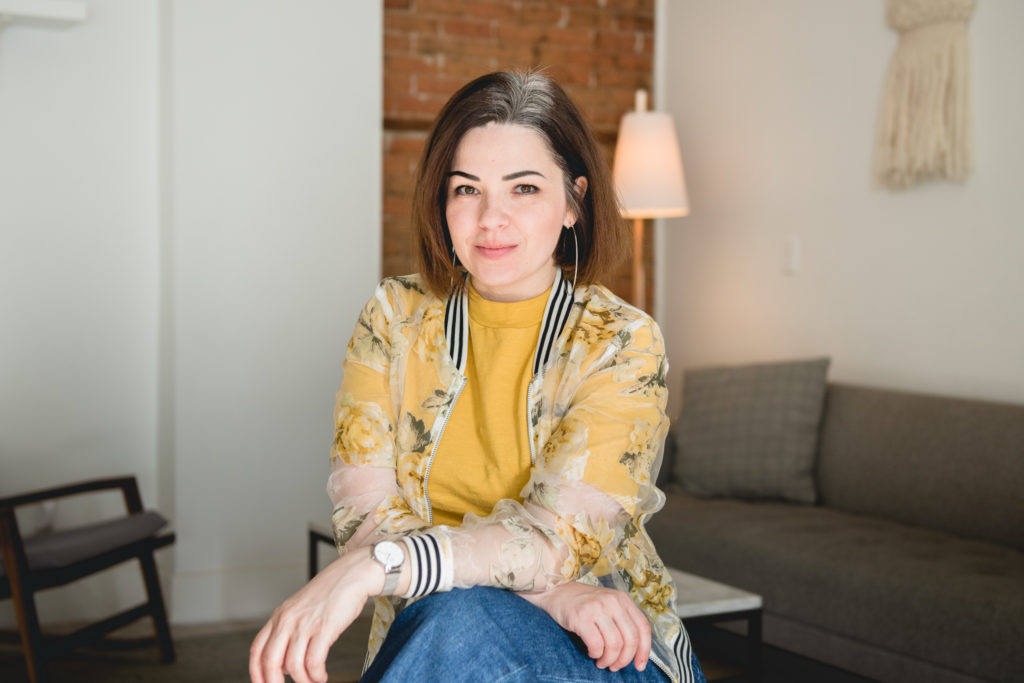 Salma Elfarrash, co-owner of Super Awesome Funtime Vintage
“I realized one day that my nature was foreign to me, which is a strange thing to come to terms with. It became clear to me that for all the years I screamed out “I’m  feminist! fuck the patriarchy!” I was still subjecting myself to the male gaze, to this obsession with youth and the idea that femininity should be defined by what is considered sexy, young, almost infant like. Letting my white hair grow, my unibrow connect, my tits sag, it all feels like a rebellion against this box I was broken in to pieces and forced into. I want to disrupt this narrative and reclaim my womanhood. I’m in charge. I’m a natural woman. I reserve the right to do what I want with my body in my own way.” 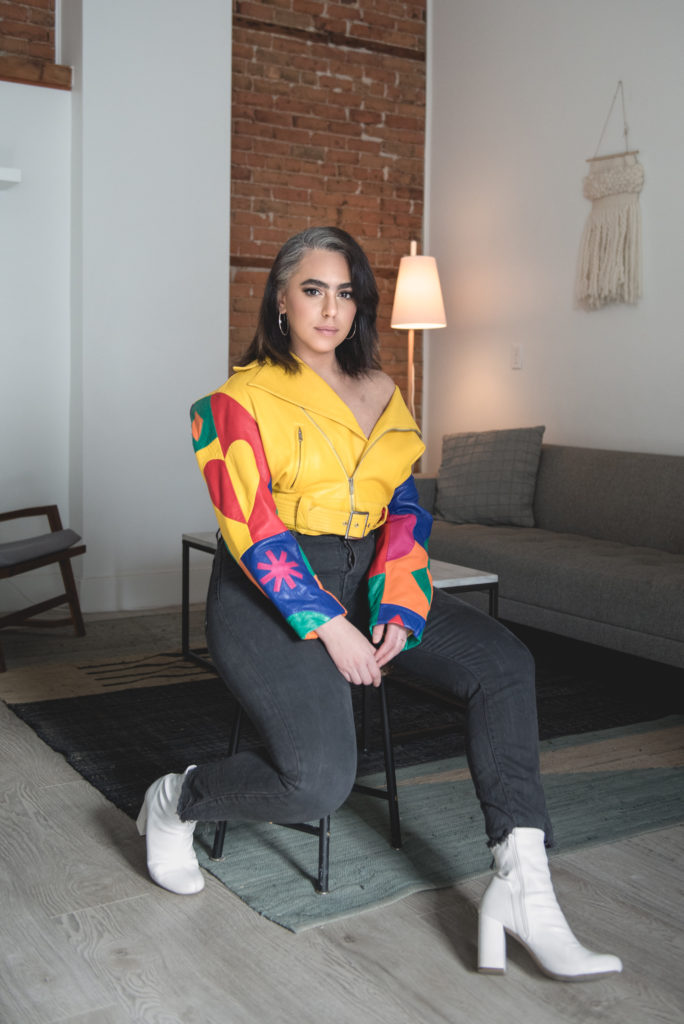 Christelle Biteghe, designer and founder of Waly Access
“I was around 6 years old when I had my first white hair… However, it was in my twenties that they began to take their place and get noticed. It runs in my family: it comes from my father’s side! I am convinced that we must change the image of beauty and redefine it as it is; that is to say, plural. For me, keeping my hair grey is not only an act of absolute freedom, but also an act of rebellion. So when the crazy desire to dye them touches my mind, I say to myself: “No, you will not define me according to your “beauty standards”. 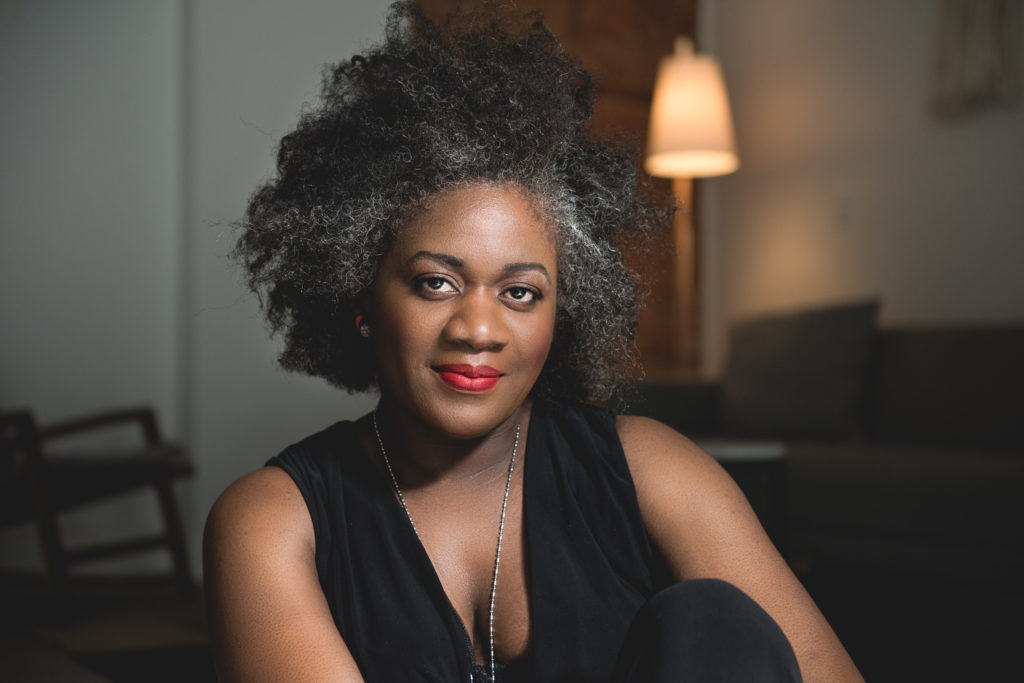 Julieta Rosibel, myself
“Even though I already talked about it, here I am again (he he)! As I started having white hair quite young, I never associated these with getting old. Still, I realized very quickly that the older I was going to get, the more my hair would turn grey and that was irreversible. Therefore, either I would accept it at that time, or it would bother me for all the years to come! In my case, it is not genetic. Despite the comments received and even if the idea has sprung in my head in the past, I never dyed my hair. To have made this choice was, at 15 years old, and still remains, for me, a way to affirm my uniqueness and my freedom to do what I feel regardless of the bewilderment of either women or men. I did it my way! My white hair is sparse. The grey reflections are like the rays of the moon and I feel beautiful. Moreover, I had on January 1st, the surprise to see appearing my first white eyebrow! 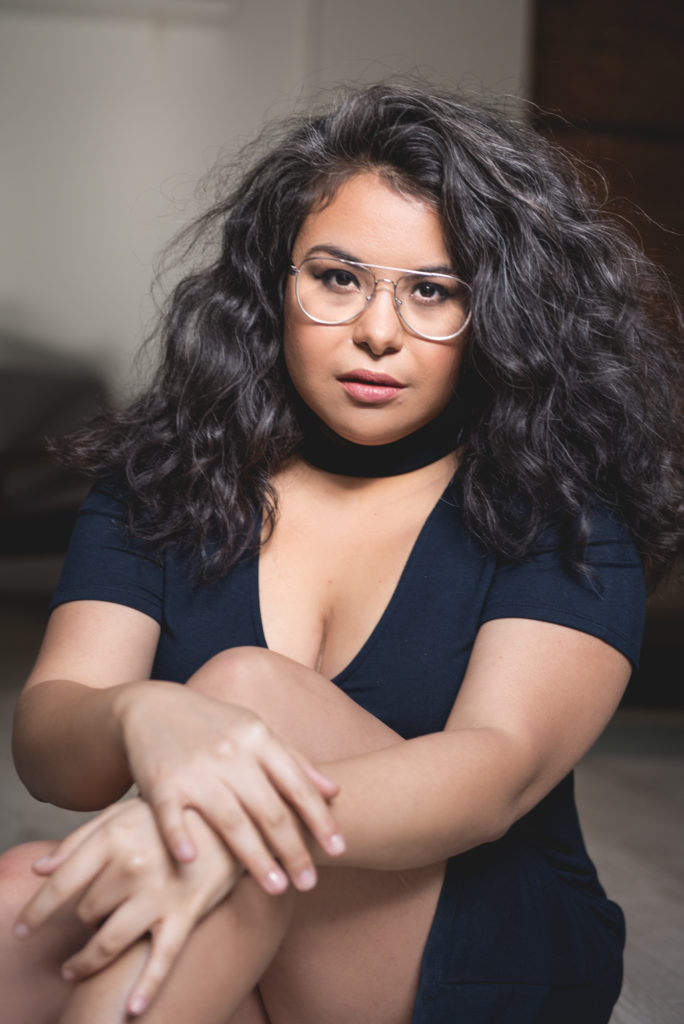 And if wearing natural white hair was becoming a small
revolution among young women? 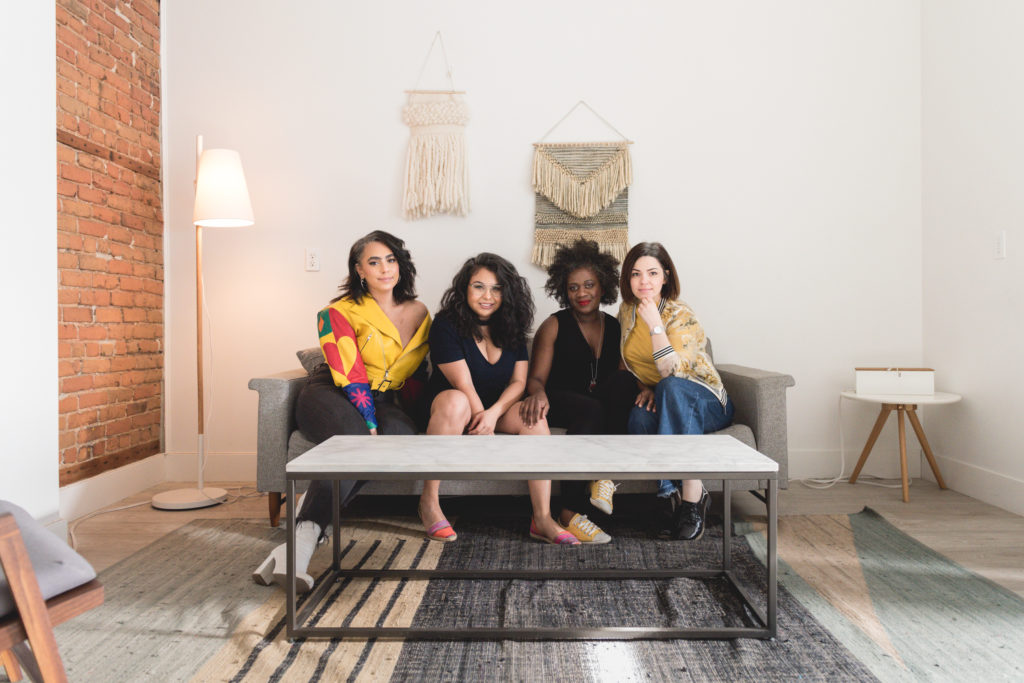 Through this project, I wanted you to rediscover greying women and dismantle the idea of that white hair should be covered. Do you remember the many ads of L’Oreal dyes with Andie MacDowell in which she denied this colour by repeating: “Grey doesn’t live here anymore”? Well, grey is the new black! 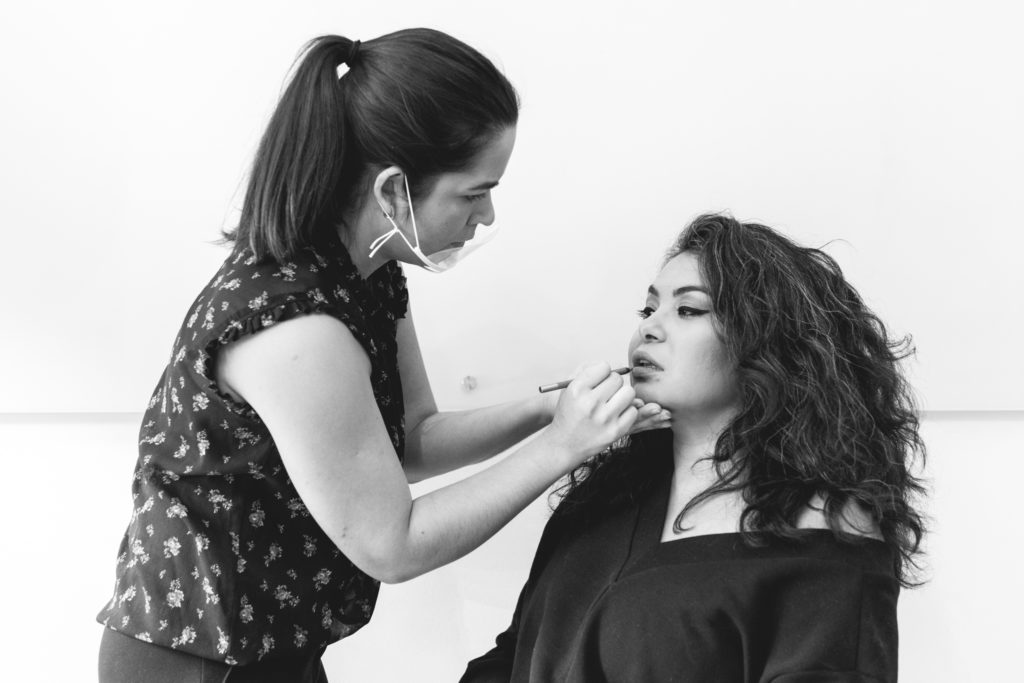 The photos of this project were taken and edited by Melissa St-Arnauld. A very big thank you to Patricia Dias who did Christelle’s and my makeup. 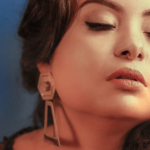 A STORY IN PICTURES. Here’s how I chose to shine and dare the red carpet lookFashion 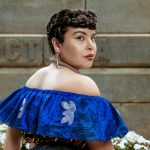